Meet Nikki Freeman: Associate Dean of the School of Pharmacy 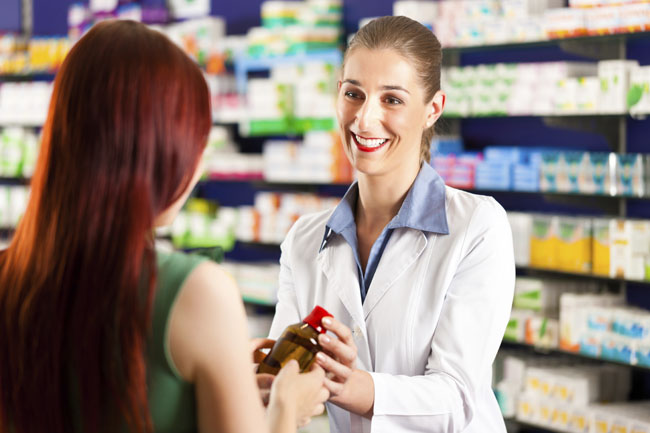 Within minutes of being with Nikki Freeman, it’s evident by the sparkle in her eye and the liveliness in her voice that she is the culmination of passion and career combining to create an energetic professional with the desire to teach others and advance the field of pharmacy.

As the Associate Dean of the Pharmacy program at South College, she believes in coming alongside students and supporting them as they work toward a career in the same profession that has shaped her life. When things get challenging, Freeman says, she tells her students: You just have to trust me. I’ve been here. And I promise you, I will not ask you to do anything that I wouldn’t do, or haven’t already done.”

Freeman grew up in Cleveland, Tennessee and attended the University of Tennessee, Knoxville where she earned a degree in biology. On the fast track to medical school, her professional career was shaped by a summer spent as a technician for a pharmacist in Knoxville.

“By the end of the summer, I wanted to be this pharmacist,” Freeman said. “She was a mother, her patients loved her and she was so smart. So I took the P-CAT and applied to pharmacy school. I see her even now and say ‘I am who I am because of you.’ She is still practicing pharmacy and so am I –because of her.”

She continued her education at the only pharmacy school in the state at the time, University of Tennessee at Memphis. After graduating in 2003, she completed a year of post-graduate residency at the UT Medical center in Knoxville where she remained and practiced critical care pharmacy for the next seven years. As a pharmacist at UT Medical, she acted as a preceptor (internship supervisor) for pharmacy students in the Knoxville area.

In 2010, her past professor, and current Dean of South College School of Pharmacy, Walter Fitzgerald, recruited Freeman to assist in establishing the program at South College. Now, as Associate Dean, Dr. Freeman is responsible for keeping the Doctorate of Pharmacy (PharmD) at South College up to standards and fully accredited. This has not always been easy, as the new pharmacy school on the block.

“The rewarding part (of building this program) came from the challenges,” Freeman said. “We had to prove why South College School of Pharmacy was going to be different and how we were going to hold our students to an even higher standard.”

Freeman said South College accomplishes this  by tailoring the program to meet the rules and regulations of the Accreditation Council for Pharmacy Educators.  In addition, students gain hands on experience in pharmacy though a variety of activities under the supervision of a preceptor­ in a real pharmacy­–not in a classroom.

“We do introductory and advanced pharmacy practicing rotations (where students) learn what pharmacy is and what it means to be a pharmacist,” Freeman said. “Students are interns the whole time they are here and spending time in a pharmacy is over a third of our curriculum. The pharmacists at these sites are their teachers and evaluate them while they are there.

With other pharmacy schools in the east Tennessee area, Freeman believes that South College is different and offers a uniquely beneficial option for students who may want a more fast-paced PharmD program.

“We are the only quarter system, three-year accelerated program in Tennessee,” Freeman said. “That’s a tough load, but it’s also very rewarding. You can go to South College, get a PharmD degree and do a one-year residency program in the same amount of time as just the degree at a four-year program.”

Why South College School of Pharmacy?

Dr. Freeman is strongly committed to the students and program at South College and is proud of what the school has accomplished with the support from the administration.

“We have state of the art technology and lab spaces, because we want to do it right,” she said. “And I like the family feel. That’s also what we hear most from our students, that we treat them like family. We have a lot of students from out of state come and interview with us and we hear again and again that they felt welcomed here.”

As we thanked Dr. Freeman for her time, some of her last words were, “I love pharmacy! Can you tell?!” Of course we could. Any student or faculty member who comes in contact with Nikki Freeman is sure to catch the pharmacy bug, but do not worry she knows exactly how to treat it.

7 Things Every Person Living in or Visiting Knoxville Should Do

Pharmacy Perspectives: What Our Students Say About the PharmD Faculty